Sourdough is nothing more than microorganism-infused flour and water, but it generates so many volatile compounds that it bakes into one of the world’s most tasty and aromatic ingredients, bread. And considering the simplicity of the ingredients—just flour and water—it’s no wonder why it’s become such a beloved around the world.

Sourdough is made from flour, usually wheat or rye, and water. It is also called ‘spontaneous sourdough’ because all transformations come from wild microflora, so the exact flavor is specific to the region in which it is prepared. When a ‘starter’ is added, it is considered ‘inoculated sourdough’ and generally contains lower concentrations of alcohol than the natural type. Sometimes other extra ingredients (enzymes, sugars) are mixed with the dough to boost the fermentation processes. With time, many versatile volatile compounds (about two hundred) are formed, mostly during fermentation, but also thanks to lipid oxidation and Maillard reactions. Fermentation is the major contributor of flavor formation. A variety of acids, alcohols, aldehydes, ketones, and esters are formed as the result of competition between lactic acid bacteria (LAB) and yeast.

Two types of LAB can be distinguished: homofermentative and heterofermentative. The first type converts hexoses into lactic acid, while the latter produces other substances, such as acetic acid, ethanol, carbon dioxide, and esters. LAB also liberate aroma precursors as free amino acids that are later transformed into aldehydes and corresponding alcohols. There are some common compounds among the two LAB, such as green hexanal, fruity 2-pentylfuran or ethereal 1-hexanol. Some specific volatiles can only be found in homofermentative species, such as the buttery 2,3-butanedione. The heterofermentative LAB in particular generates the fruity ethyl octanoate and 3-methylbutyl acetate, the caramelic ethyl lactate, and overripe fruit aroma from 2-methylbutyl acetate.

The types and amount of aroma compounds depend not only on local microflora (strain and species), but also process parameters.

Temperature is crucial, as it influences the composition of microorganisms, which can produce favour up to 35ºC. It also changes the profile: the colder the environment, the more sour the sourdough. Time has an impact as well. There is a considerable difference in the time that is needed to produce a sufficient amount of aroma compounds, namely LAB requires more than half a day, while yeast only few hours. The concentration of volatiles increases after 5 to 9 hours, are stable up to 24 hours, then they decrease slowly. The type of flour and ash content has an influence as well. There are significant variation between wheat and rye sourdough. Sweet decanal, ethyl decanoate and 3-methylhexanal, and floral octanol and 2-phenylethyl acetate can be found only in wheat sourdough. Musty 2-methylbutanal appears more often in rye sourdough with specific volatiles, including floral phenylacetaldehyde or fruity 2-butanone.

How to make your own sourdough

Discover your own sourdough pairings with our Foodpairing® Tool by subscribing now. Already have an account? Log in. 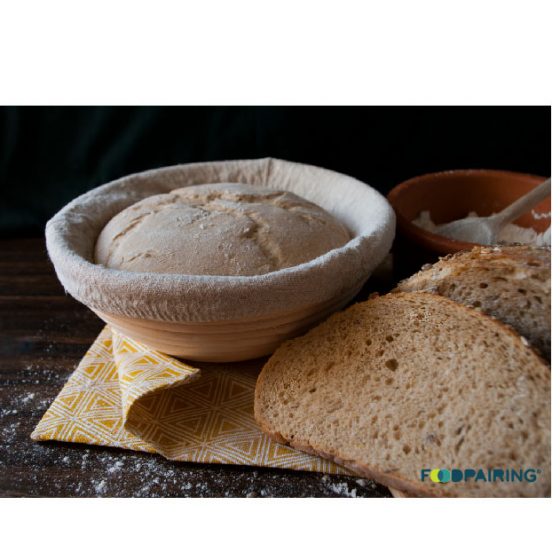 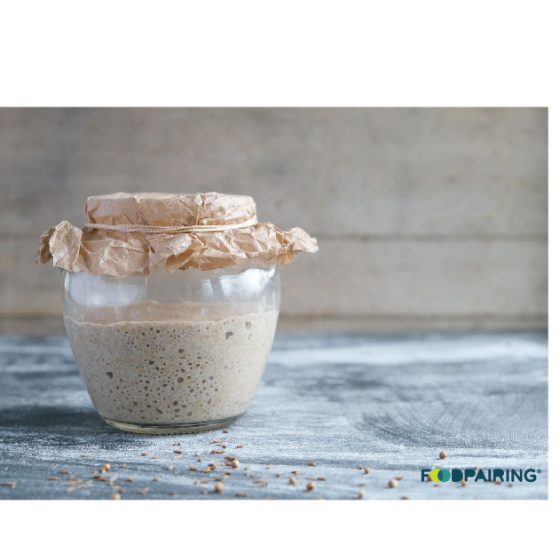 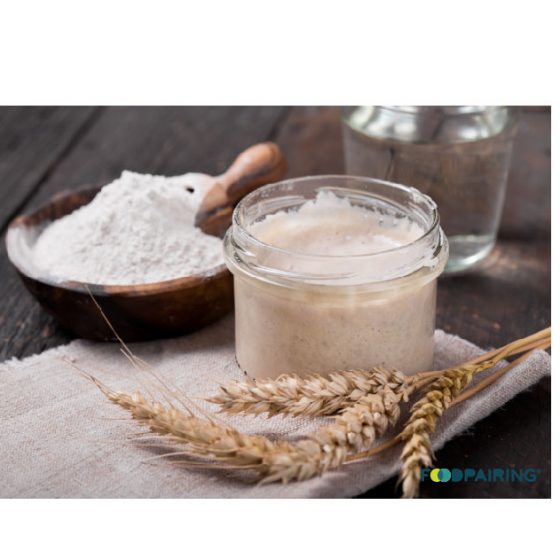