Shaking up the Meditteranean cocktail world

This is my report on the first Foodpairing® masterclass in Greece. In order to inspire Greek bartenders, chefs and sommeliers, Bitterbooze – our unofficial platform for all professionals working in the Greek drink industry – paired up with Foodpairing® to host a masterclass in Athens (31st of March 2015).

From scientific analysis to creativity in flavours

The overall aim of this masterclass was to get bartenders used to the idea that when combining food, aroma is responsible for almost 80% of the flavour profile of an ingredient, whereas the remaining 20% is merely determined by the actual taste (or texture)of it. A scientific truth most of us don’t know and are still unaware of when experiencing food and drinks. This theory explains why aroma connections between ingredients are of such importance, when looking for the right combinations.

Aroma is responsible for 80% of the flavour experience. 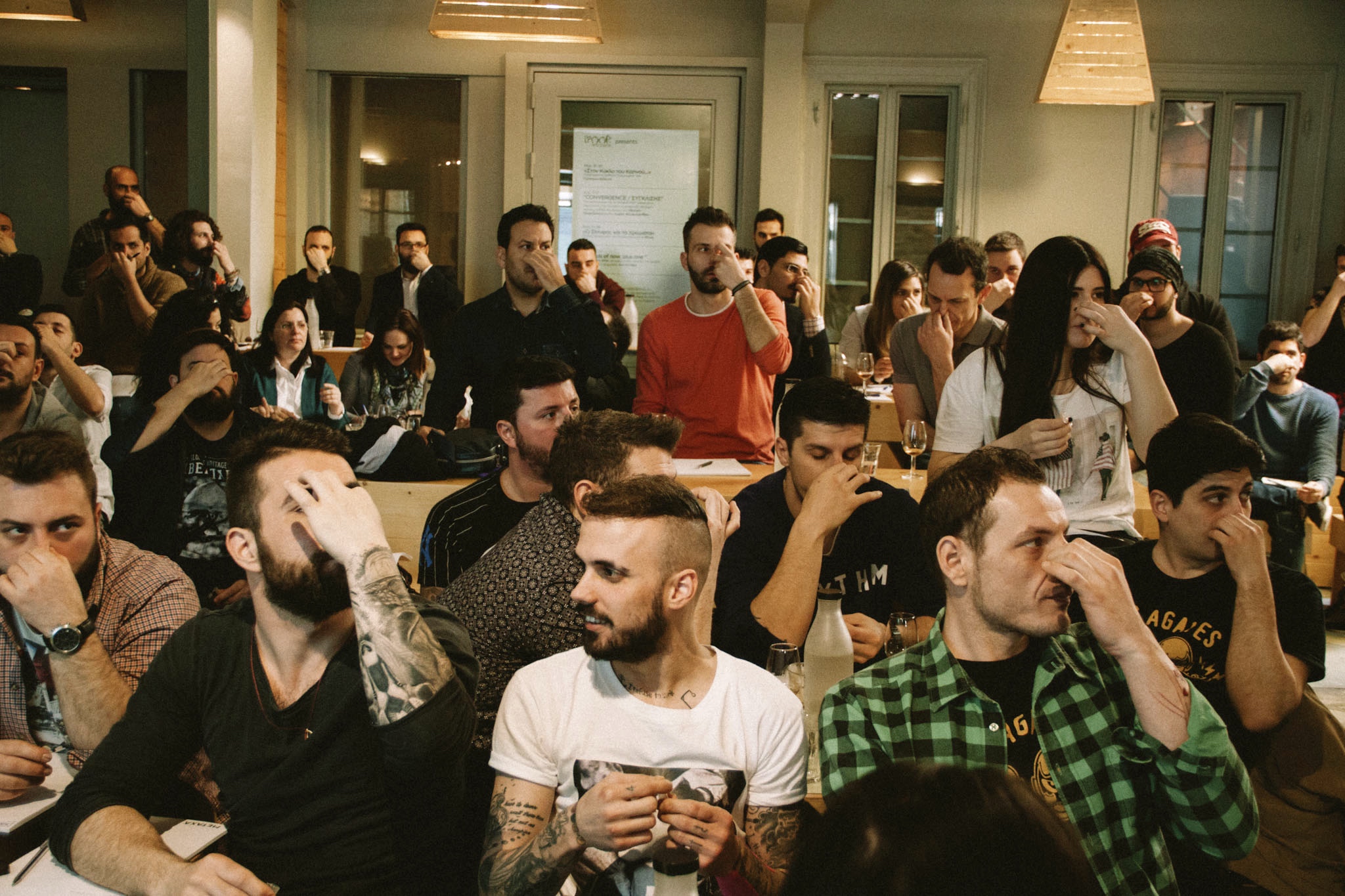 Set in Greece, we decided to focus on Mediterranean flavours and pairings. Metaxa, a Greek liqueur based on brandy blended with wine and flavourings, was a great spirit to try understand from an aromatic point of view. Metaxa starts out like a brandy, with a variety of distillates made from dry white wines. After periods of ageing in oak casks, the distillates are blended and mixed with a small amount of rich muscat wine. Finally, secret Mediterranean herb and floral extracts are added. 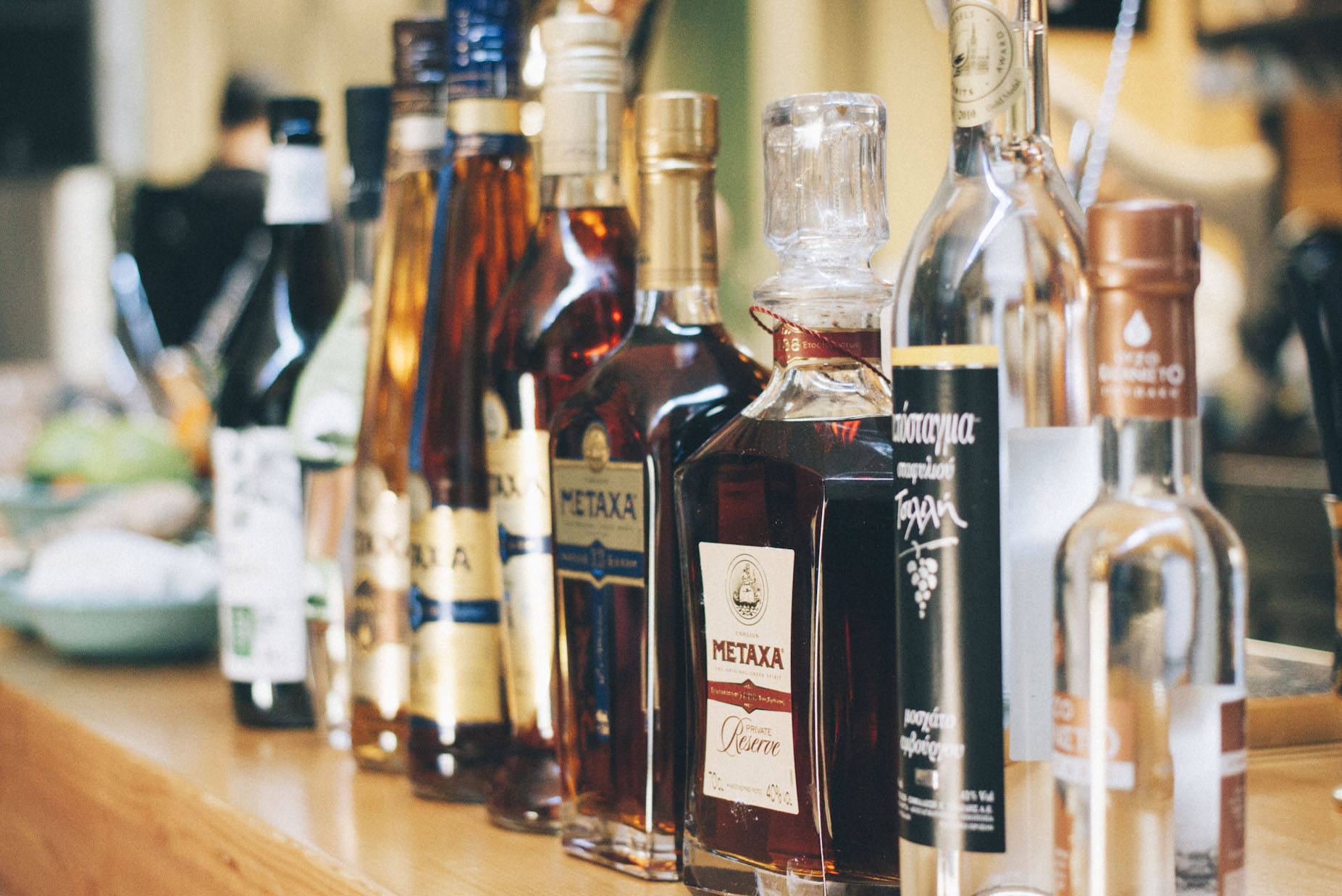 The flavours of Metaxa, not such a secret for Foodpairing®. The Foodpairing® experts analysed Metaxa® 5 stars its aroma molecules and created aroma wheels with all the different aroma descriptors. The foodpairing tool learns that Metaxa® 5 starts pairs with ingredients such as pear, coffee, deer, sesame seeds, sakura, shiso green cress or pisco. This Greek spirit also connects with primary ingredients of the Mediterranean, focus of this workshop.

During the masterclass the Foodpairing® expert team also showcased another interesting project proving the relevance of aroma: they elaborated on their plan to replace basil flavour through the use of other ingredients. I believe that all the participants of the masterclass, whether highly trained or less experienced, got some very serious food for thought regarding flavour perception.

The underlying theory of Foodpairing® is inspiring all professionals to continue experimenting. 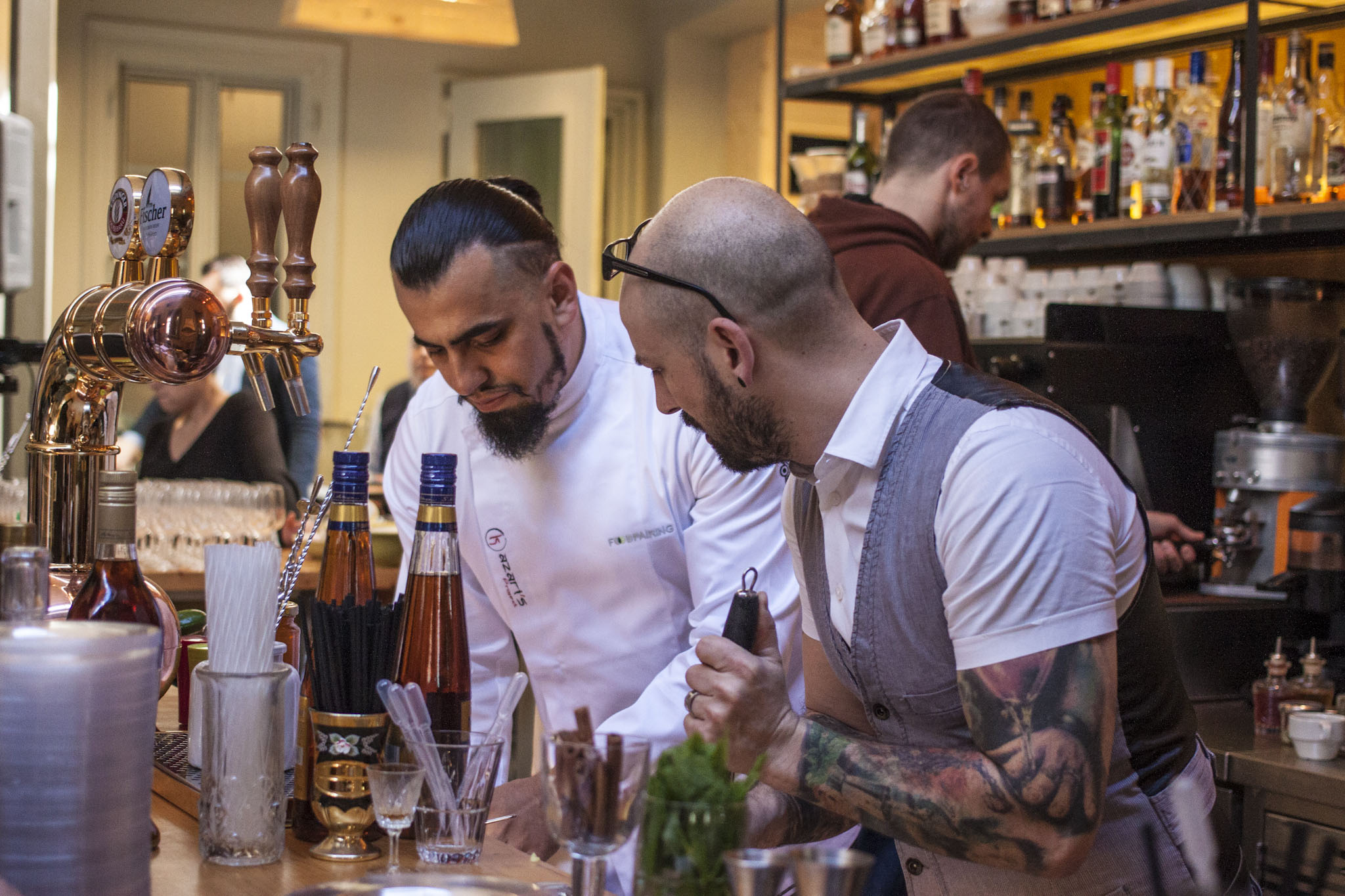 A new way of flavour perception

Mixologist Gegam Kazarian — official Foodpairing® certified trainer leading the workshop — illustrated this new way of approaching flavour in the best way possible. It was a pleasure to get to know Gegam better during his visit to Greece. Gegam has Armenian roots and has been living in Alicante (Spain) for the past 15 years. His “Kazaris Project” has starred in dozens of seminars all around the world, establishing his reputation as the Armenian mixologist in the global drinks community. 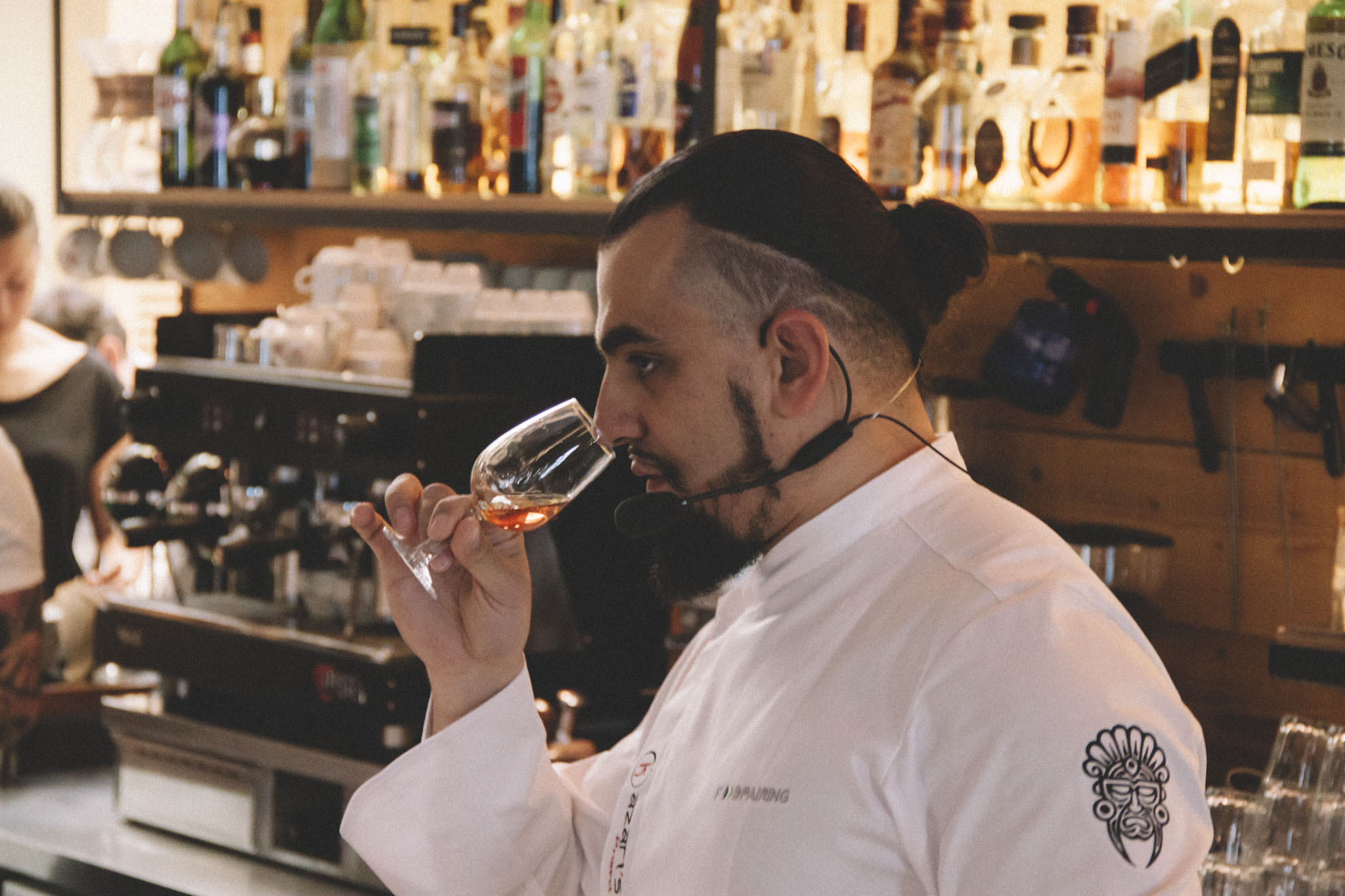 Gegam, who not only has a strong passion for mixology but also for biology and alchemy, was able to fully present all the stages of to-be-analyzed ingredients by a nosing of the aroma’s of Metaxa. By doing so, he explained why the ingredients were such a great match. 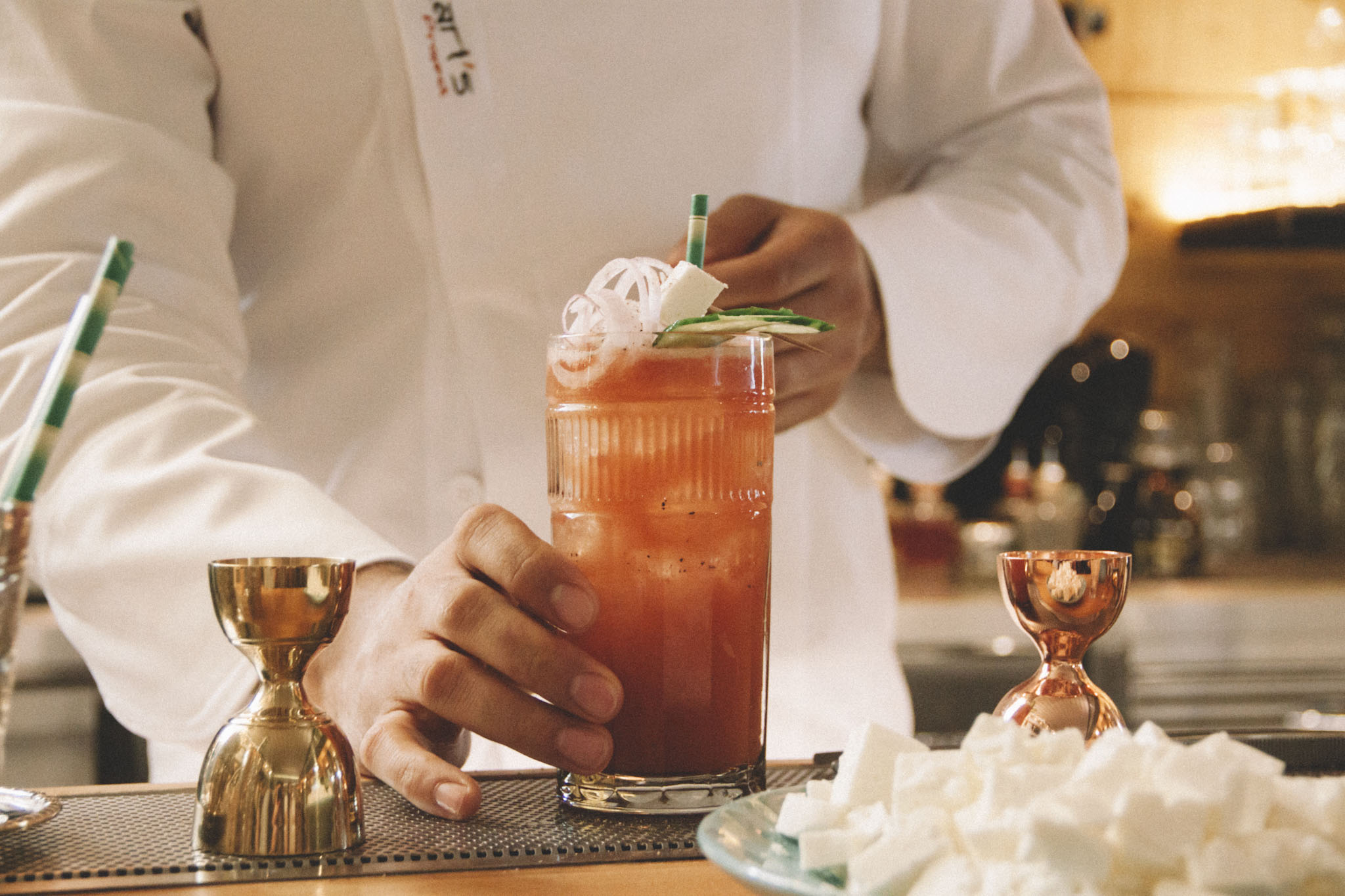 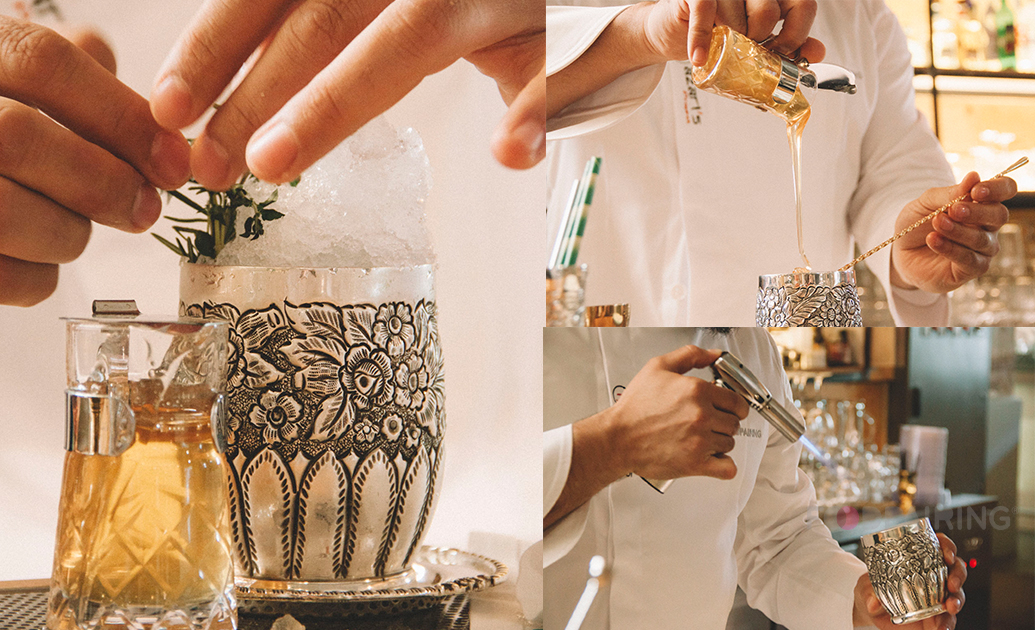 Myself and the team of Bitterbooze are very proud to have hosted the first Foodpairing® masterclass in Greece. This milestone is only the first action in a series of new collaborations and partnerships with events both in the gastronomy and mixology industry. When the workshop ended, we’ve also announced Alchemists’ Flavor Festival (AAF). We will be supporting this very promising effort of uniting all the global innovators in the wider gastronomy and hospitality. In the mean while I’m already looking forward to meeting my friends and fellow colleagues during another interesting Foodpairing® workshop. Keep you posted! 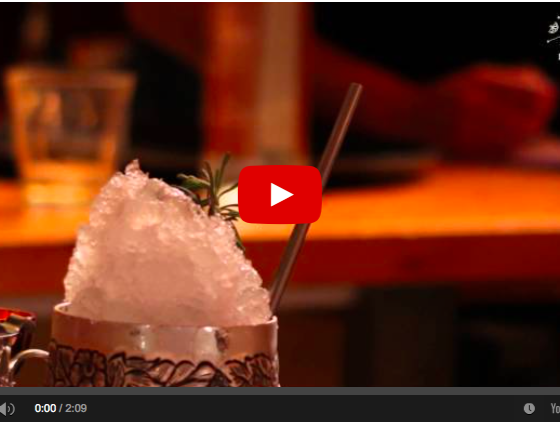 Shaking up the Meditteranean cocktail world 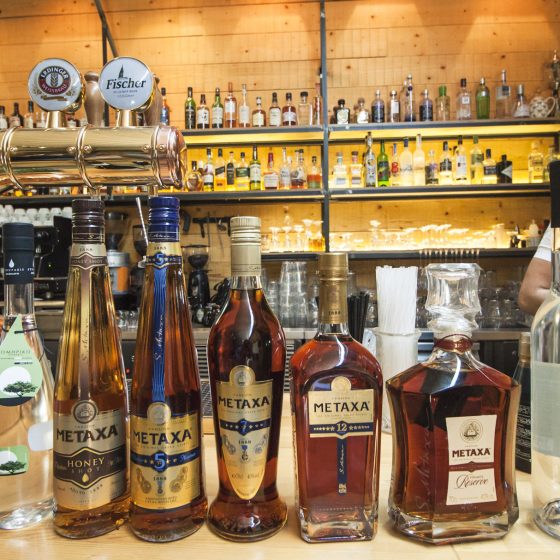 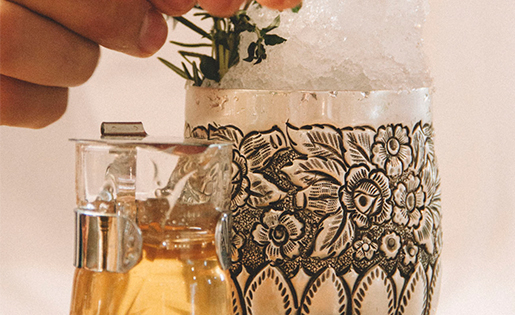